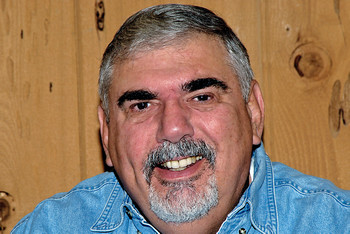 Michael Rogers was born in Northampton, England during WW II. At age 10 he immigrated to the US with his Father and lived in upstate New York. After graduating High School he joined the US Air Force. It was during his 6-year enlistment he became interested in photography. After owning 2 Petri rangefinder cameras he purchased his first SLR, a Cannon Pellix (fixed mirror) with a 58mm 1.2 lens. The Air Base in Korea where he was stationed had a photography lab that anyone could use to develop and print their Black and White film. This is where he was introduced to the chemical darkroom. After discharge from the Air Force, Michael returned to California where he was first stationed (Vandenberg AFB). He attended and graduated from Long Beach City College followed by Long Beach State College. He majored in Police Science at City College and then Criminology at State College. This was a natural sort of progression from his six years of Air Police experience. In 1970 he joined the Los Angeles Police Department where he worked varied assignments as an Officer, Sergeant and Detective. During this time he returned to Cal State University at Long Beach where he earned a Masters Degree in Public Administration. While attending college he also took as many courses as were available in photography. His Cannon Pellix was traded in on a Cannon A1 with a variety of lenses. When auto focus technology became available he switched from Cannon to Nikon and bought a Nikon 8008 with a 35-135mm lens with a SB 24 Flash. This was done on the recommendation of one of the crime scene photographers that worked for LAPD. As a Detective Michael would have to call out the photo lab to photo more crime scenes than he cares to remember. After the 8008 came the N90s, F100, F5, all film bodies. With Digital Michael started with Nikon's D1X, then a D2H, D200, D2X, D3, D300, D800E and D810. When Nikon introduced the Z cameras and lenses Michael bought a Z7 and later a Z6ii and Z9 with a few S lenses. After 29 years with LAPD, Michael retired  which allowed the opportunity for travel to the “photographic hot spots”. Alaska's Brooks Falls for Grizzly Bears; Canada 's Churchill for Polar Bears; Yellowstone for Elk and the Grand Tetons for Landscapes. Also Utah's Zion , Bryce, and Arches National Parks and Arizona slot Canyons for more Landscapes. For Birds, nearby Bolsa Chica in Huntington Beach has provided many images as were trips to Bosque Del Apache, New Mexico and the numerous bird locations in Florida. Retirement has also allowed for more foreign travel. Last count was 33 countries. The computer and digital camera bodies have made the chemical darkroom obsolete for most.